It’s been a while since I’ve blogged.  About 5 months to be exact.  A lot has happened during this time…
I had a beautiful baby girl that I absolutely love, but I also struggled for a while with PPD.  It was difficult, but through the support of my husband, my mother, and most of all Jesus, I was able to get through it.  I love my life staying at home with my baby girl and watching her grow and change every day.  I am so thankful that God has blessed me so much and given me a precious daughter.

I was out of the kitchen for a while after my baby was born, and when I finally back in the kitchen it was mostly stuff like boxed mac and cheese and spaghetti from a jar.  That’s fine for a while, but now I am enjoying cooking again during the little bits of time I have while my little girl naps or plays by herself.

Since I now have extra responsibilities, I ‘m not sure how much I will be posting yet.  However, I hope to post a recipe at least once a week.  We still have to eat, so that means I’m cooking and I might as well share my delicious discoveries!

I found this great recipe on one of the blogs I read regularly – Mel’s Kitchen Cafe.  I don’t particularly like curry recipes usually but this recipe was part of one of her summer menu plans that I was using.  I decided that I would give it a shot since so many people had commented that they liked it even though they don’t usually like curry.  Also, my husband loves shrimp, and I had some in the freezer that I needed to find a recipe for.

However, as I was cooking, I smelled the turmeric, coriander, and curry powder and started to really regret making this dish.  I remembered some of my past dinner failures when I try a dish that I’m not sure we’re going to like, or when I just have a gut feeling while I’m cooking that something is not going to be good.  I’m usually not wrong…the dish is usually bad when I think it’s going to be.

…I kept making it against my (I thought) better judgement. This dish is supposed to be served over rice, duh, but I decided to use noodles instead.  That way if we hated the flavor, I could just open up a jar of spaghetti sauce and voila! we’d have a dinner in a pinch.  You can see I had very little confidence about this dish.

Yet, against all odds, we loved it!  It had a great flavor and the spice was nice as well.  I tasted the sauce before I added the coconut milk and it was delicious even then.  Looks like I’ll be adding this recipe to our meal rotation.

Another perk of this recipe is that it is quick and easy, two qualities that I’m always looking for now that I have a 5 month old.  Marinate the shrimp while you whip up the sauce and you’ll have this meal done in 15-30 minutes.

Shrimp marinade:
1/2 teaspoon salt
1/4 teaspoon black pepper
1/8 teaspoon cayenne pepper (if you don’t like spice, I would cut back or leave this out completely)
2 Tablespoons lemon juice
1lb jumbo shrimp, peeled and deveined (or buy the ez peel shrimp and just remove the shell 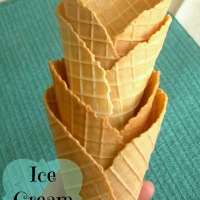 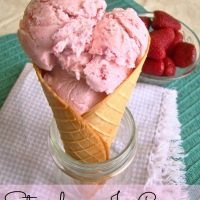